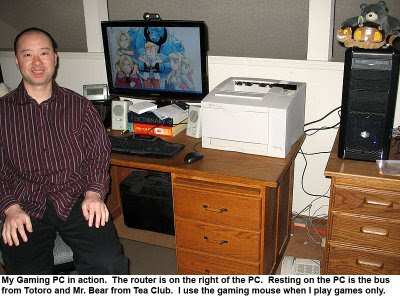 In October 2007 I made the choice for a new PC. The old PC, the Family PC, was built in 2002, and it was good for basic needs such as Microsoft Office and browsing the web only; however, the Family PC was used for scanning, printing, backing up the family’s laptops, and playing old video games.

In October 2008, I choose to make the new PC happen. I named my new PC the “Gaming PC.” I wanted the best hardware I could afford. I took advantage of the recession and the Christmas shopping season confident I find great deals. I purchased hardware on sale and/or after shopping around comparing prices. Four hardware parts included rebates. Three hardware parts were on sale.

I installed Windows XP of course XD I purchased Crysis to test the graphics. I need to install Team Fortress 2 and the Half Life series from the Orange Box. Here are the specifications in order of purchase:

*Dec 25: Logitech G15 keyboard, a gift from gmontem and Appu.

I installed the programs between Dec 30 and Feb 11. I already have the gaming laser mouse that is the Trooper from Wolf King and gaming headphones that is 4H from SteelSound. I have the Logitech QuickCam Fusion webcam. And the HP LaserJet 5 printer is still good.

The one problem was my Gaming PC froze or crashed when I played Crysis. I started to play Crysis the last week of January. I didn’t have time to play video games most of January because I was sick T__T My friends suggested I replace the RAM. I did. On Feb 3, I purchased Corsair RAM at Fry’s. I played Crysis the same evening and my PC froze again. On Feb 5, I exchanged the Corsair RAM for another Corsair RAM. I played Crysis for two hours problem free. I’m currently trying to get a Return Authorization number from Crucial to get a replacement RAM.

I want to thank my Dad for helping me install the PC and Appu and gmontem for their advice and information. My Gaming PC is available for my family. My friends and I gathered at my house one Friday night to look at my Gaming PC and to hang out. And I have not played Team Fortress 2 since late Dec ‘08. 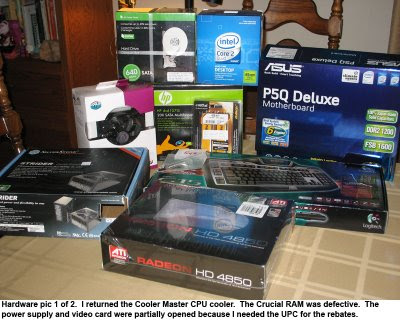 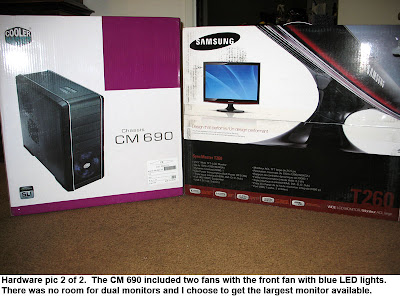 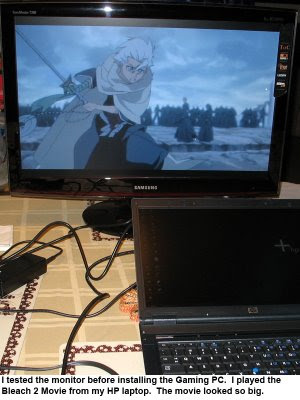 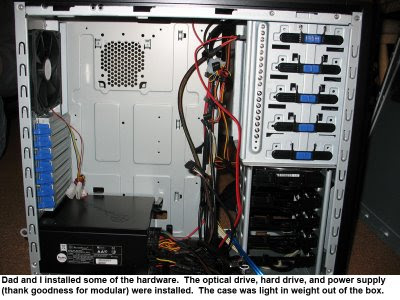 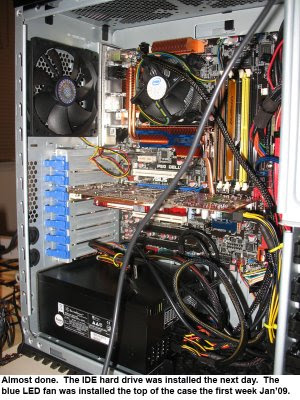 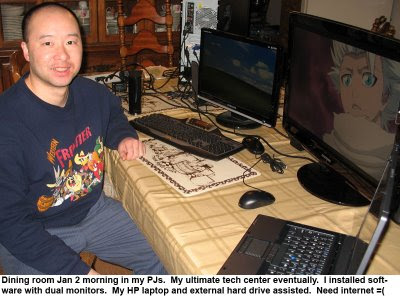