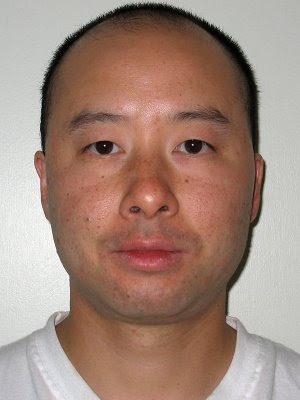 The dermatitis on my hands is minimal. I apply moisturizer daily and before I sleep. I used the shaving cream my dermatologist gave me once. I'm using a cheapy shaving cream. I never purchased the suggested shaving cream sensitive for my eczema and hand lotion for my dermatitis.

I wore makeup for the first time at Fanime Con 2009, an anime convention in Downtown San Jose on Memorial Day weekend. The makeup covered my dilated pores and harmless warts. Wow, what a difference! Lots of people came up to me. I received the most attention while in costume since I started wearing costumes in 2004. We live in a society where looks do make a difference. It's sad. Further, I removed the blackheads on my nose as if I'm popping a pimple that is a no-no. What a difference after I removed the blackheads and applied makeup on my nose.

I have three pimples. One was on my left lower jaw bone close to my chin, the second was in my left ear just before the ear hole, and the third was on my lower back on the wasteline. I mention the three pimples, the eczema, and show a pic of my nose with blackheads on my next appointment.

Email ThisBlogThis!Share to TwitterShare to FacebookShare to Pinterest
Labels: Accutane

You have a nice blog. Acne affects more than just your skin. It can affect your entire life in very personal ways. I came across this product "Acme Terminator" in this website http://www.acneterminator.net. It seems to be good.